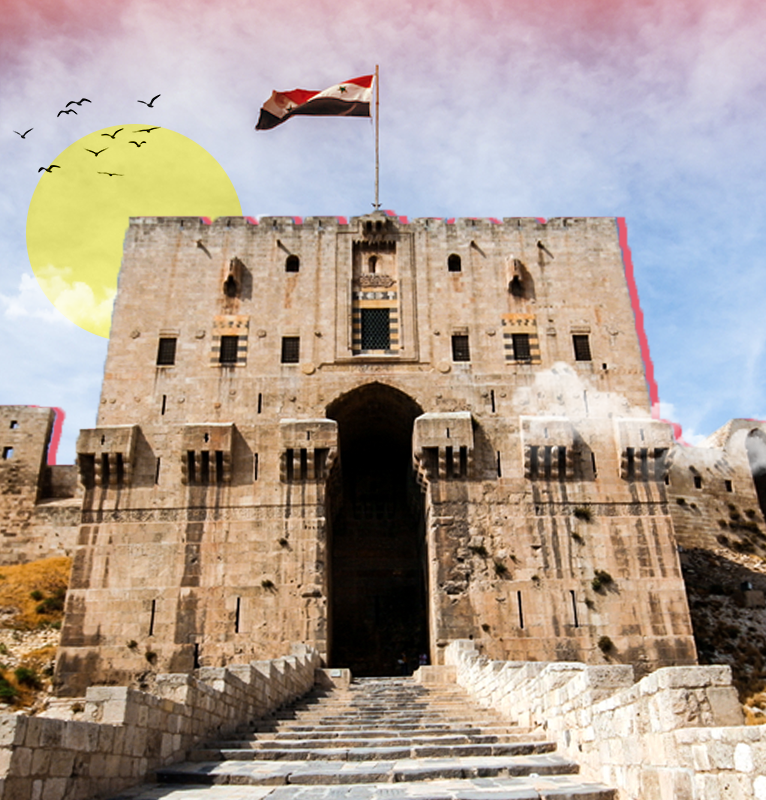 Syria’s second largest city, Aleppo looks back on an impressive history of nearly 8000 years, competing with Damascus for the claim to fame of the oldest continually inhabited city in the world. Due to its key location connecting the Eastern and Western worlds, Aleppo has a reputation as a city of savvy traders and merchants. With its more than twelve kilometers of vaulted stone passageways, Aleppo’ s souqs are the largest and most beautiful in the entire Middle East. The Aleppo citadel, an impregnable fortress and the finest example of Arab architecture in the Middle East, stands high above the city on a hill, which conceals layers of civilization dating as far back as the Hittites. Ottoman-era houses in the Christian quarters of Al Jdeideh have been transformed to accommodate guests in luxurious rooms and sumptuous restaurants, serving some of the most delicious cuisine in all of Syria. Other points of interest include the National Museum of Aleppo, and the Grand Umayyad Mosque.

Day 1
Damascus
Meet our representative in the place and time you choose in Beirut & transfer to Damascus, Pick up rooms at the hotel and start the tour: Saint Ananias Church: It is of particular importance because it is attached to the memory of Saint Paul. Before his conversion to Christianity, he had a vision here that blinded him for several days and gave him an unshakeable faith. Straight Street (or in Latin, Via Recta), is the Roman street that runs from east to west in the old city of Damascus. It was visited by St. Paul as recorded in the book of Acts and contains several interesting sights from the Roman, Christian and Islamic periods. Under the Greeks, the old city of Damascus was designed after the grid pattern designed by Hippodamus. Under Roman rule, the Via Recta was widened and became a colonnaded thoroughfare (cardo). These columns can still be seen today. In the afternoon, you will explore Damascus’ old town, bazaar, shopping areas and bar/restaurant street. You might like to try some local ice cream or have a shawarma, and shisha is available just about everywhere , Overnight.
Day 2
Aleppo
Our first stop today will be at Maaloula, a small Christian town that was almost completely decimated by ISIS in 2014. Greek Catholic Church, which was destroyed but has already largely been rebuilt. We continue to Homs, visit the St. Mary Church of the Holy Belt, the Seat of the Syriac Orthodox Church, where the Virgin Mary’s belt was kept until shortly before the war. Fortunately the belt was already removed before the church was looted and all the icons and artwork were burnt or stolen. Homs is the most affected city by the Syrian crisis, We will see another aspect of living different from Damascus .Then leave to Aleppo, A flourishing metropolis since the 3rd millennium BC, Aleppo has been fighting with Damascus for the title of the world’s oldest continuously inhabited city. The old city has undoubtedly the most beautiful souks of the Middle East. Lunch during the visit, Dinner and overnight in Aleppo.
Day 3
Aleppo
Our first stop in the morning will be the famous Aleppo Castle. On the way in and out of the castle you’ll also be able to see the destroyed souk. The citadel: stands in the middle of the city and dominates it from the height of its fifty meters. It has admirably designed towers and is distinguished by its entrances made with perfection to prevent any enemy intrusion and its iron gates. Caravanserais: They were intended for the accommodation of traders on the move and their goods. They are famous for their decorated facades, high arched entrances and huge wooden doors that closed at nightfall … The souks: The old souks covered with Aleppo are distinguished by their coffered vaults and their enormous cupolas. Most date back to the 15th and 16th centuries. These are real living museums that offer us a true image of what were the commercial districts and the animation that reigned in the Middle Ages. Each souk specializes in selling a type of product. In the charming souks you can also find authentic Bedouin handicrafts, as well as rugs, fabrics and many varieties of delicacies to enjoy, such as the famous Aleppo pistachios, honey-based pastries, almonds and fruits. dry that will make happy the most greedy. You will do the best shopping in the Orient … We’ll then drive into the old town, one of the areas that was the worst affected by the war. Overnight in Aleppo.
Day 4
Damascus
After Breakfast, transfer to Hama and stay there for 2 hours (Visit the waterwheels) Then we leave to krak Des Chevaliers, The most wholly admirable castle in the world." As Lawrence of Arabia commented. After a fascinating visit to the castle. Saidnaya Home of a Greek Orthodox monastery traditionally held to have been founded by Byzantine emperor Justinian I, and where a renowned icon of the Virgin Mary is revered by both Christians and Muslims to this day. The town is noted for the large number of (Western Neo-) Aramaic speakers, finish the site and head to Damascus and overnight.
Day 5
Damascus
Breakfast and start full day tour. The National Museum: Its visit provides an overview of the civilizations that have succeeded in Syrian soil. It contains statues, seals, jewelry, masks, mosaics, tablets and weavings from the most important sites in the country. Souk Al-Hamidiye: The most beautiful souk of Damascus. Its shops display all sorts of goods, especially clothes, fabrics, pastries and handicrafts. The Umayyad Mosque: Located in the heart of the Medina, the mosque is distinguished by its prayer room, its courtyard and its walls covered with mosaics. El-Azem Palace: Not far from the Great Mosque, in the labyrinth of the souk is the palace El-Azem. It is considered as the sumptuous model of the Damascene house whose exterior simplicity and sobriety do not suggest anything about a beautiful and rich interior, with many varieties of flowers, fruit trees and water jets. Finish the tour and head to Beirut. 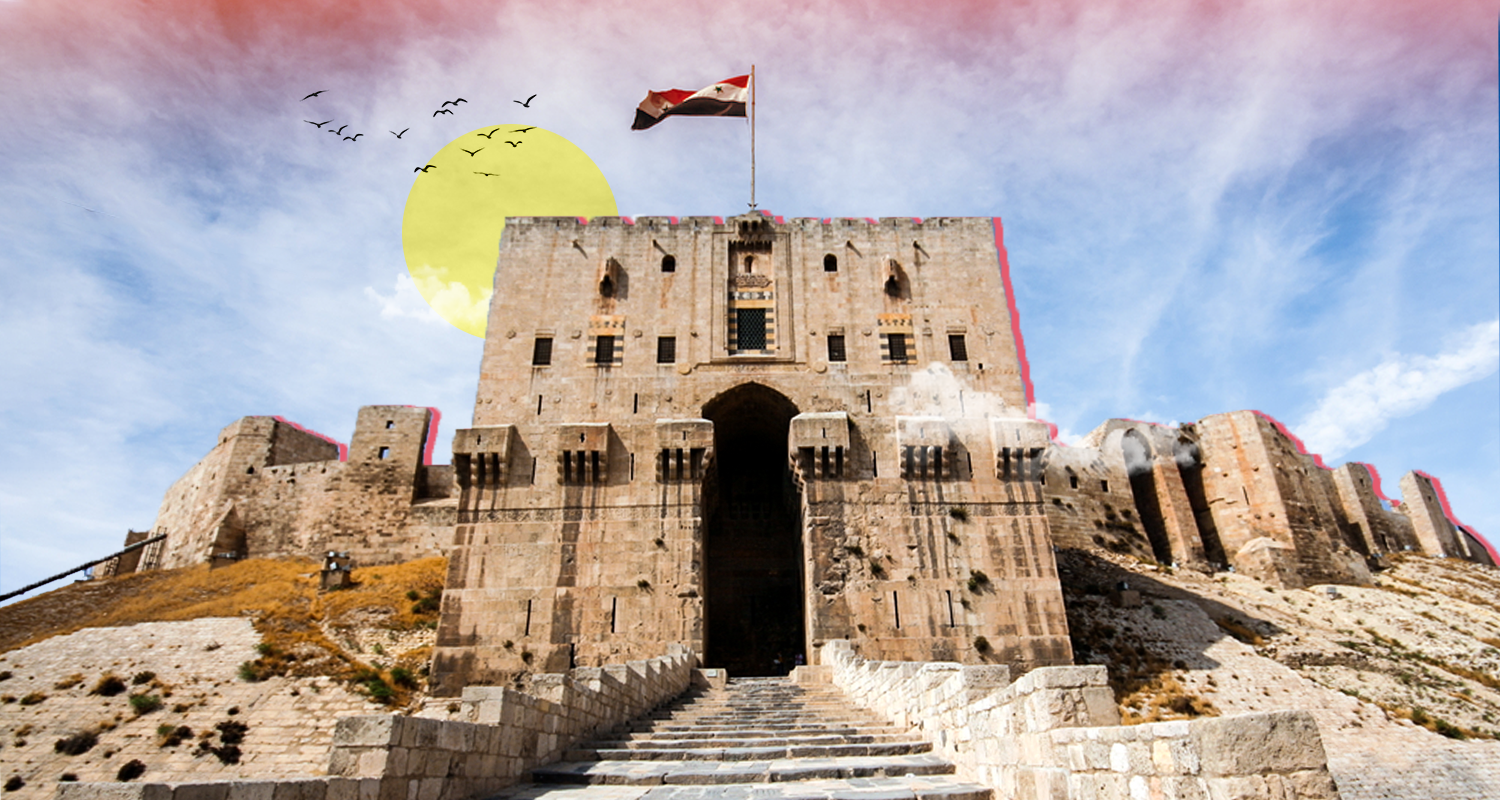 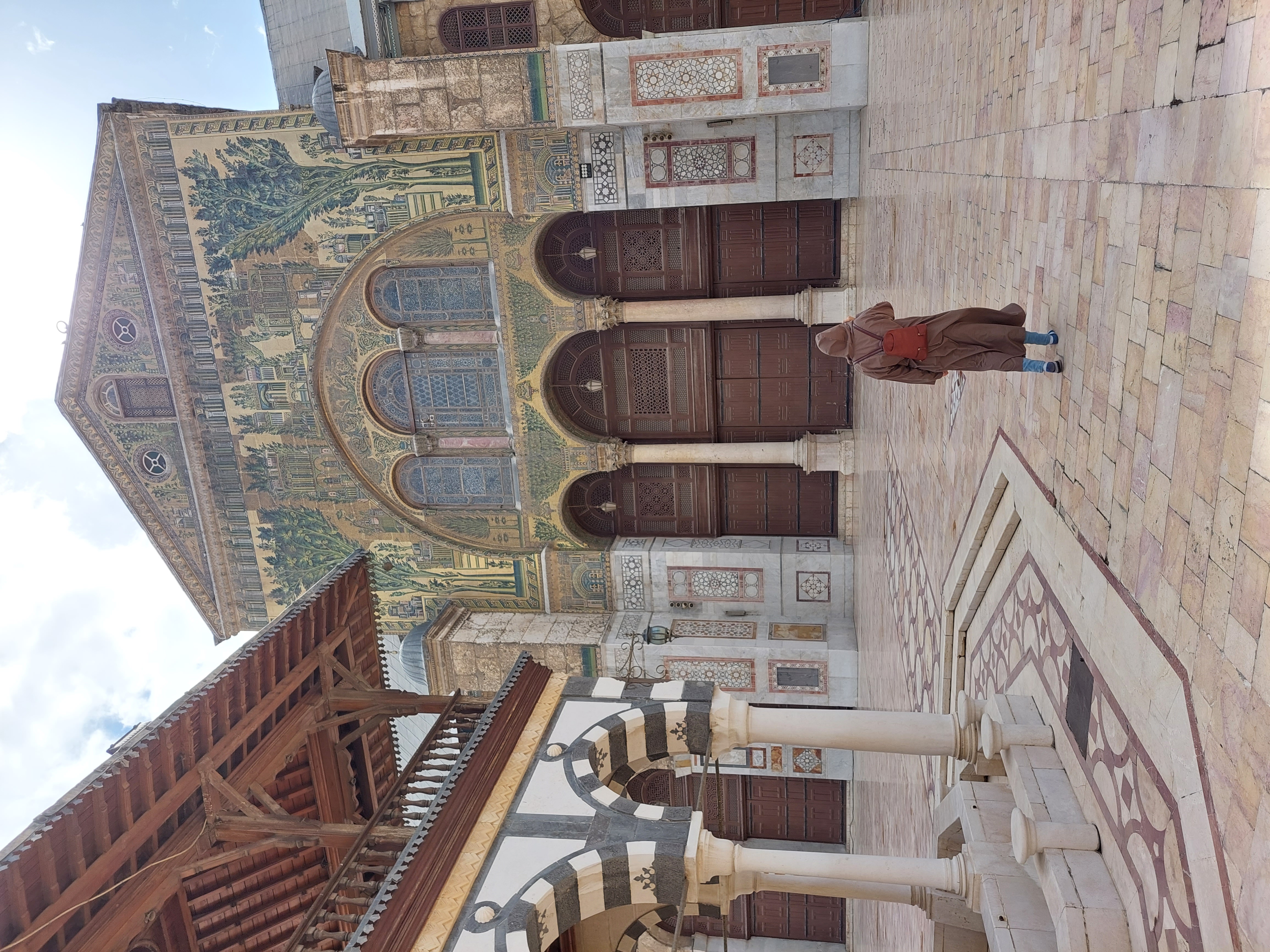 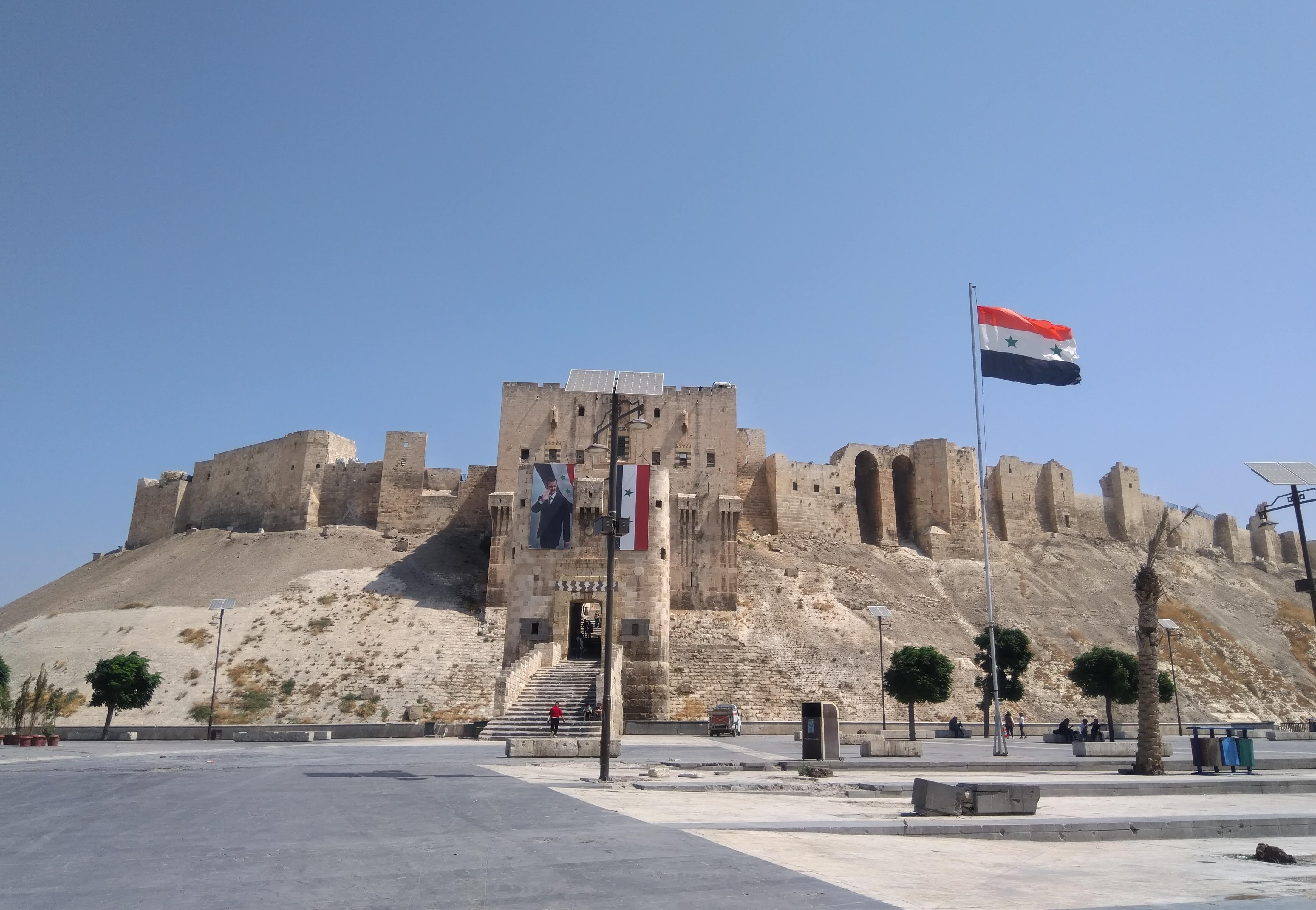 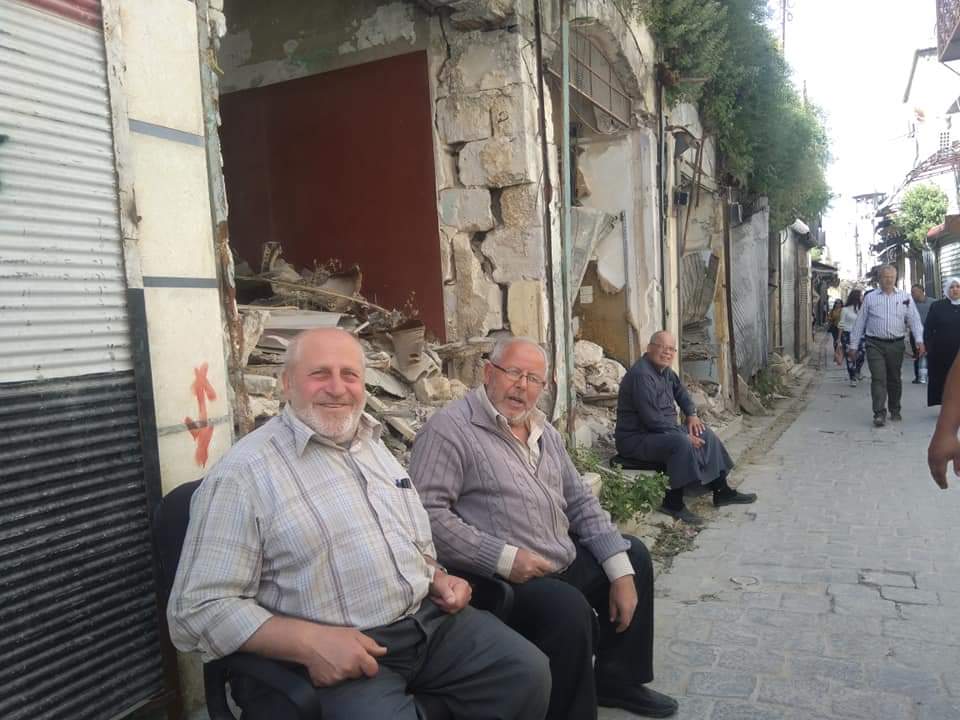 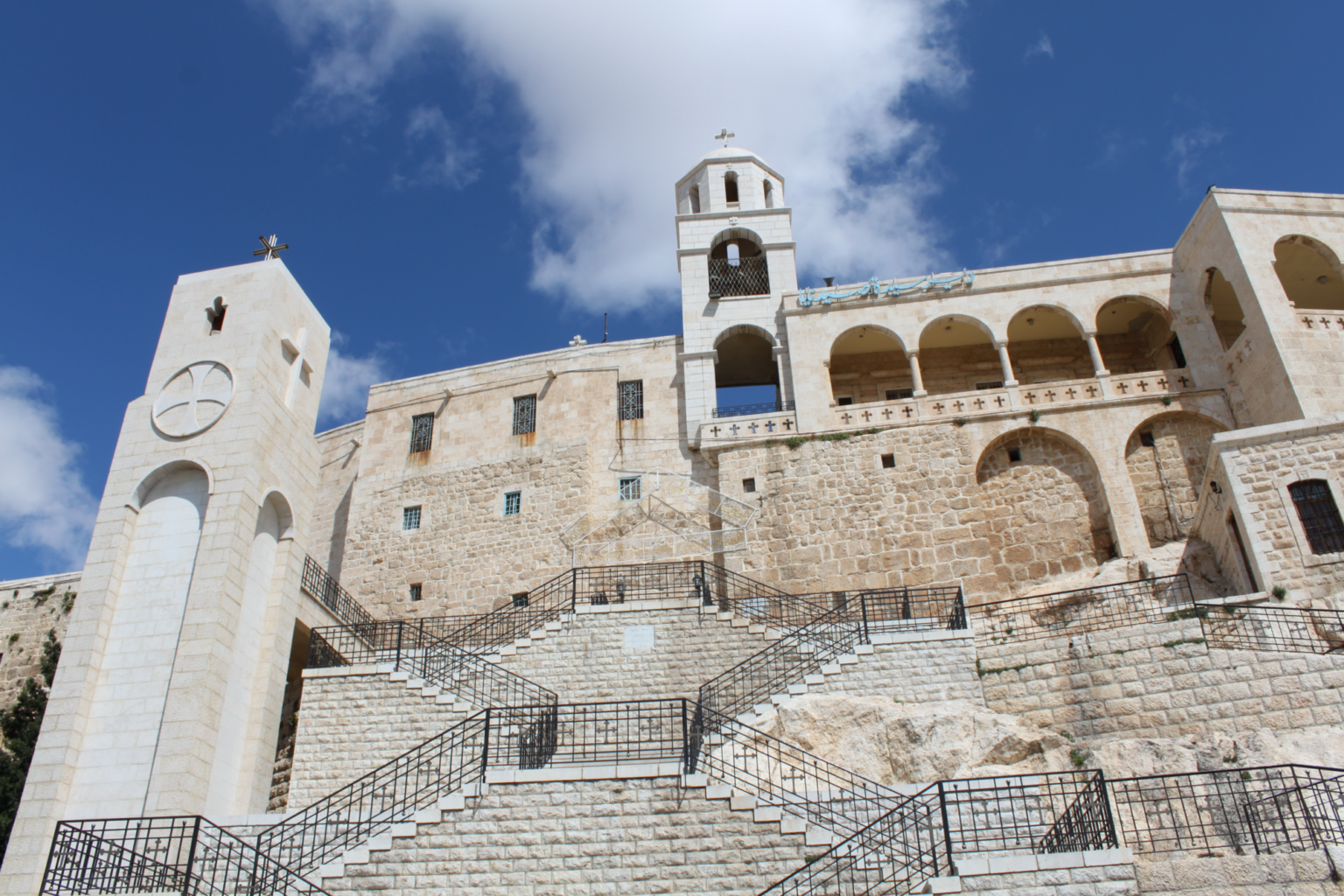 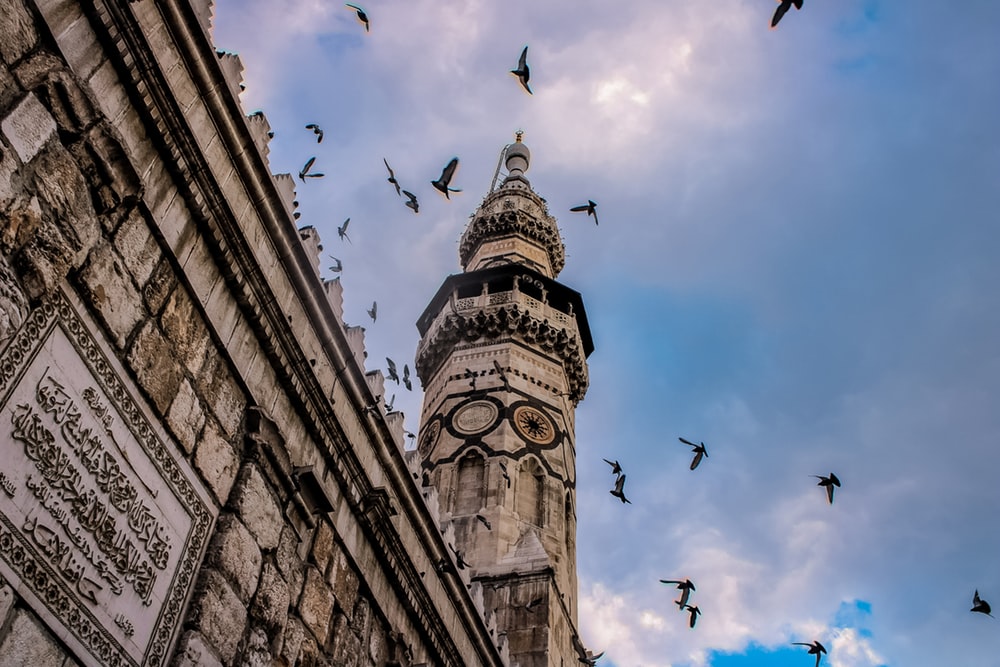